Acura () is the luxury vehicle division of Japanese automaker Honda. The brand was launched in the United States and Canada on 27 March 1986, marketing luxury, performance, and high-performance vehicles. It was introduced to Hong Kong in 1991, Mexico in 2004, China in 2006, Russia in 2014 (no longer available in Russia) and Kuwait in 2015, and is also sold in Ukraine. Honda's plan to introduce Acura to the Japanese domestic market (JDM) in 2008 was delayed, due to economic reasons, and later withheld as a result of the financial crisis of 2007–2008.Acura holds the distinction of being the first Japanese automotive luxury brand. The creation of Acura coincided with the introduction of a JDM Honda dealership sales channel, called Honda Clio, which sold luxury vehicles, joining previously established Honda Verno, followed by Honda Primo the following year. In its first few years of existence, Acura was among the best-selling luxury marques in the US. Though sales were down in the mid-to-late 1990s, the brand experienced a revival in the early 2000s, due to drastic redesigns and the introductions of new models.In the late 1980s, the success of the company's first flagship vehicle, the Legend, inspired fellow Japanese automakers Toyota and Nissan to launch their own luxury brands, Lexus and Infiniti, respectively. The 1990 launch of the NSX, a mid-engine exotic sports car, offered a reliable and practical alternative to exotic European sports cars, and introduced Honda's VTEC variable valve timing system to the North American market. The 1993 Legend coupé featured Acura's first use of a six-speed manual transmission, mated to a Type II engine. In the late 1990s, Acura produced a Type R version of its compact Integra coupé, which featured a reduced curb weight, a stiffer and lower suspension, and a high-output VTEC engine. In the early 2000s, Acura introduced new models, including the company's first all-original SUV, the MDX, and two models which replaced the Integra coupé and sedan, the RSX and TSX, respectively. Type-S versions of the RSX, CL, and TL were added to the brand's lineup during that decade. Acura's 2005 RL flagship introduced SH-AWD, a torque-vectoring all-wheel drive system. The 2007 RDX, a crossover SUV, featured the first North American use of a turbocharged Honda engine. In the 2010s, Acura debuted more new models, including the ILX, TLX, ZDX, and RLX, the latter of which introduced Acura's Jewel Eye LED headlights. A second generation NSX was launched in 2016 and features a twin-turbocharged mid-engine, a nine-speed dual-clutch transmission, and Sport Hybrid SH-AWD. 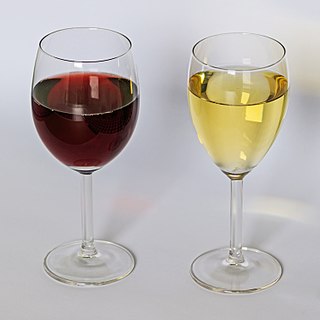 Chord may refer to: Chord (music), an aggregate of musical pitches sounded simultaneously Guitar chord a chord played on a guitar, which has a particular tuning Chord (geometry), a line segment joining two points on a curve Chord (astronomy), a line crossing a foreground astronomical object during an occultation which gives an indication of the object's size and/or shape Chord (graph theory), an edge joining two nonadjacent nodes in a cycle Chord in truss construction – an outside member of a truss, as opposed to the inner "webbed members" Chord (aeronautics), the distance between the front and back of a wing, measured in the direction of the normal airflow. The term chord was selected due to the curved nature of the wing's surface Chord (peer-to-peer), a peer-to-peer protocol and algorithm for distributed hash tables (DHT) Chord (concurrency), a concurrency construct in some object-oriented programming languages Andrew Chord, a comic book character who is the former mentor of the New Warriors Chord Overstreet, American actor and musicianChord may also refer to: Mouse chording or a chorded keyboard, where multiple buttons are held down simultaneously to produce a specific actionThe Chords may refer to: The Chords, 1970s British mod revival band The Chords (American band), 1950s American doo-wop groupChords may refer to: Chords (musician), a Swedish hiphop/reggae artist 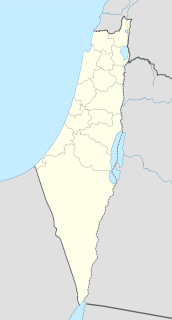 Aqqur was a Palestinian Arab hamlet in the Jerusalem Subdistrict. It was depopulated during the 1948 Arab-Israeli War on July 13, 1948 under Operation Dani. It was located 14.5 km west of Jerusalem on the Wadi Isma'il, a tributary of the Wadi al-Sarar.

Acura TSX, Седан Acura ILX увенчал дизайнерское обновление линейки, Meet the 2020 Acura RDX a midsize crossover SUV that delivers an exciting driving experience along with best in class luxury and performance, Acura Downtown in Toronto has New and Used Acura Cars and SUVs for sale Call 416 867 1577 for Toronto Acura Specials and Promotions, Find the best Acura ILX for sale near you Every used car for sale comes with a free CARFAX Report We have 923 Acura ILX vehicles for sale that are reported

В модельной линейке Acura появится новый заряженный седан, Новые автомобили 2019 Acura MDX, The Acura MDX Hybrid is ranked 5 in Luxury Hybrid and Electric SUVs by U S News World Report See the review prices pictures and all our rankings, If you 39 re a Settle Bellevue or Tacoma WA driver with a vehicle purchase finance or service need turn to our dealer for a streamlined process professional, Acura of Limerick is your one stop shop for all your Acura vehicle needs From financing to parts to a wide selection of new and pre owned Acura cars for sale